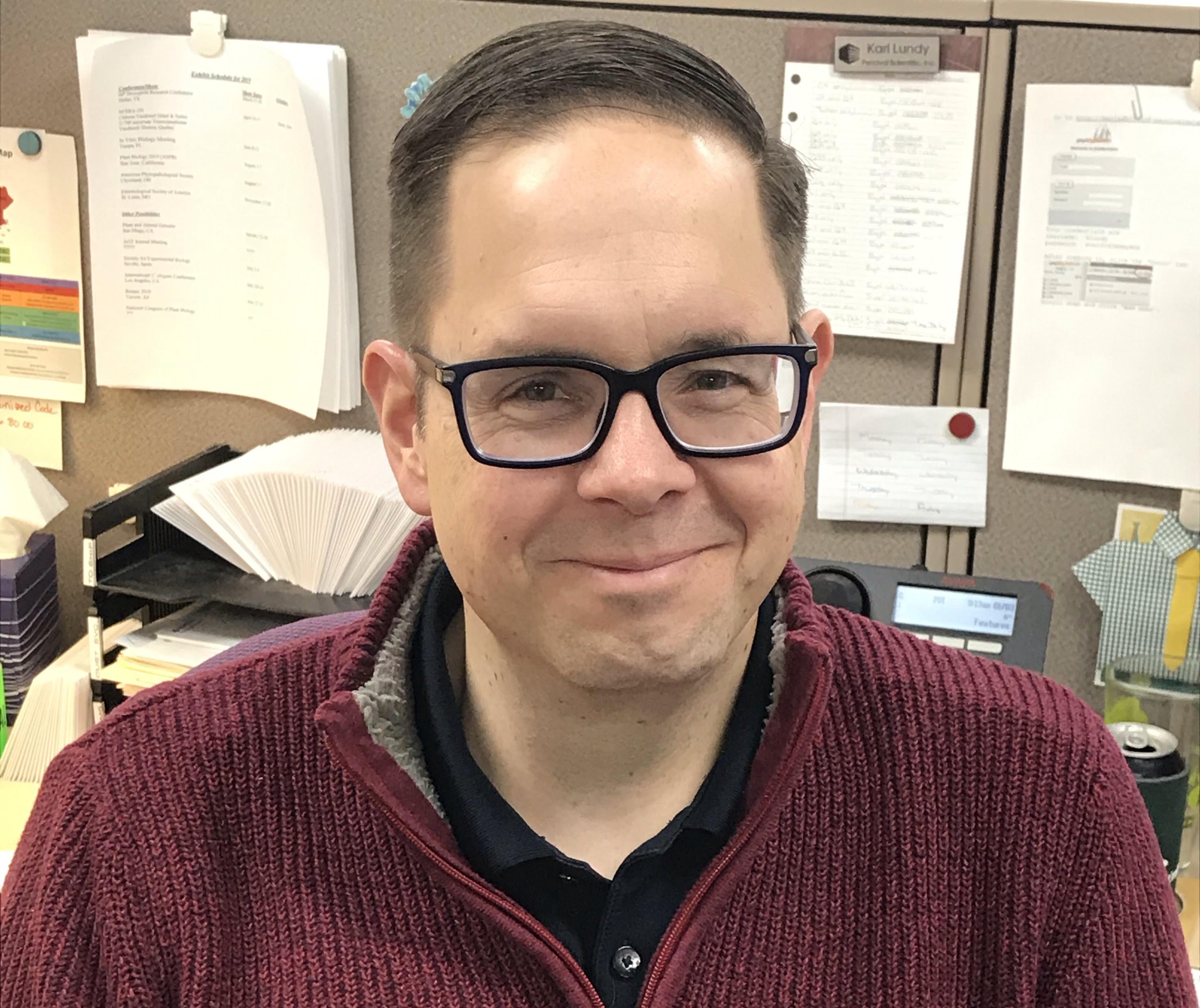 posted on January 7, 2020 by eWayCorp in Uncategorized

Meet Karl Lundy, Percival’s Product Manager. Karl began working at Percival in the year 2000 – which means he will be celebrating his 20th anniversary with the company this spring! He contributes years of knowledge to the company which helps many of his team members out when it comes to product selections. Karl’s duties also include writing and sending manuals to customers and answering customer questions about different products and options.

Karl is from the city of Ames, Iowa and graduated from Ames High School. He then went on to Simpson College in Indianola, Iowa and graduated with a Bachelor’s Degree in Biology. It was in college where he met his wife, Julie. They got married and moved to Illinois where Karl worked at a company called Flinn Scientific. Later on, they decided to move back to Iowa where Karl then began working at Percival Scientific.

“It’s pretty odd to think about as the time has flown by, both professionally and personally,” Karl says reflecting on the past 19+ years at the company. “Mostly, it has just been great to work with co-workers and customers that I truly enjoy and not have to do exactly the same thing every day. The change is what keeps it interesting.” Karl also says that finding the perfect chamber and options for a customer is just an added bonus to his job, especially when it’s an option that they didn’t even know existed.

When Karl isn’t at work writing manuals and answering customer questions, he’s spending time with his family. He has a son who’s 16 and twins, a boy and girl who are 13. Karl is an avid runner and has accomplished many marathons (his array of medals displayed in his office proves this). In addition, Karl also is a big football fan and loves to cheer on both the Iowa State Cyclones and the Chicago Bears.

Congratulations, Karl and thank you for your years of hard work and dedication to the company!

Fun Facts: Besides keeping up with his three kids, Karl has a rescue greyhound (VJ) and a cat (Zen). If he could meet any famous person (dead or alive), Karl says he would like to meet Mark Twain because he, “seems wise and great judge of people, but also extremely funny.”