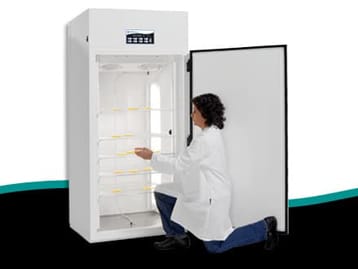 posted on August 5, 2016 by Percival Scientific in Drosophila Research

Every four years, the most elite athletes from across the globe compete on the world stage in the ultimate showcase of prowess and athleticism at the Summer Olympic Games. This month, over 10,000 men and women representing over 200 nations are competing in Rio De Janeiro, Brazil, with an expectant half a million foreign visitors watching the action from the stands.

Along with the typical security concerns any big event conjures, organizers are also facing a potential health crisis that could affect attendance at the Rio Olympics amongst athletes and spectators. The Zika virus, a mosquito-borne disease, has dominated the headlines in recent months.

The virus, which was first seen in humans in 1952, has seen pockets of outbreaks throughout the decades, including Brazil in 2015. Increased levels of microcephaly and other neurological disorders amongst newborns whose mothers were infected prompted the Centers for Disease Control and Protection (CDC) to issue a Public Health Emergency of International Concern on the matter. The alert has since been raised to Level 1 activation, the CDC’s strongest response level, as the Zika virus has spread to nearly 60 countries/territories.

Though the World Health Organization (WHO) issued a press release earlier this summer stating that “canceling or changing the location of the 2016 Olympics will not significantly alter the international spread of Zika virus,” fears are still rampant that the Olympics and other international cross-contamination will lead to a pandemic, particularly if safety precautions aren’t utilized by all affected travelers.

Public health officials are urging Olympic goers to protect themselves from mosquitos as most Zika infections are transferred this way. While pregnant and breastfeeding women should be hyper-vigilant in avoiding contact with mosquitos, especially in areas with confirmed Zika cases, it’s imperative that everyone exercises prudence. Although not confirmed, the Zika virus is also suspected of a rising number of Guillain-Barre Syndrome (GBS) cases, a rare condition where a person’s immune system attacks their nerve cells leading to muscle damage and, in some instances, paralysis.

There is currently no vaccine or other treatment for the Zika virus. Currently, containment is the short-term approach for counteracting the spread of the virus while institutions such as the WHO is ramping up research funding and methods. The organization has given approval for experimental measures that include “microbial control, using Wolbachia bacteria, of human pathogens in adult mosquitoes, and the use of genetic manipulation to reduce mosquito populations.”

This is where Percival Scientific’s incubators can be beneficial in researching the methods described above as well as testing additional tools when permitted. Our I-36VL and I-41VL models were specifically designed for applications such as Drosophila, culturing, rearing and the holding of test organisms, including mosquitos. A number of university research labs across the country are using the I-36VL and I-41VL to conduct research specifically on the Zika virus. The incubators also employ the following features:

Precise temperature control is achieved through continuously-running condensing units which alternatively cycles refrigerant and hot gas to the coil, increasing the lifespan of your chamber. Percival incubators also include sturdy 18 and 22-gauge steel interior and exteriors in place of weaker aluminum.

Custom designs are available so call us today at 800.695.2743 for additional information or request a quote.