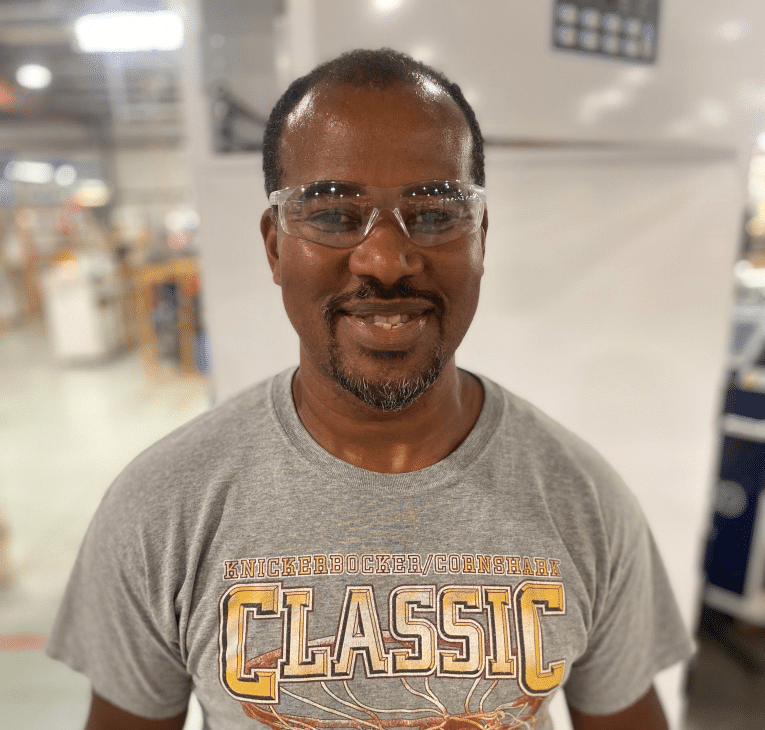 posted on September 18, 2020 by eWayCorp in Uncategorized

Meet Robert (Lamont) York, one of our loyal and driven factory employees. Lamont is one of the leads in the refrigeration department which includes temperature and leak checking compressors on the controlled-environment chambers Percival manufactures amongst a variety of other tasks. He began working at Percival in May 2005.

Prior to working at Percival, Lamont worked a various jobs including construction work, plumbing and electrical. He grew up in California and eventually graduated from McClymonds High School in Oakland, California. Lamont moved to Iowa in 1996 where he resides with his wife and kids.

Lamont says that working at Percival these past 15 years has been enjoyable and the people he works with greatly contribute to that. Jesse Smith, the VP of Manufacturing, commented on Lamont’s hard-work and determination by adding that he, “…has worn a few different hats in his 15+ years at Percival. He understands the need to deliver a high quality product to our customers and I consider that mindset to be a very valuable asset to this company.”

Outside of work, Lamont enjoys spending time with his wife and his three daughters. In addition, he likes going to church and the occasional workouts.

Thank you Lamont for your dedication to the company and congratulations!

Fun Facts: Lamont’s favorite food is BBQ smoked ribs. He has one dog, Stella and one cat, Luca. If Lamont could travel anywhere in the world right now, expenses paid and COVID-19 out of the picture, he says he would go to Hawaii!